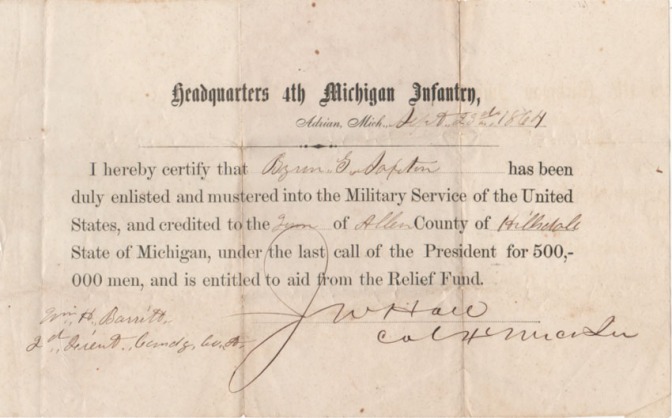 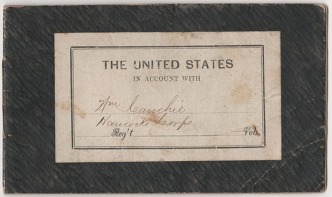 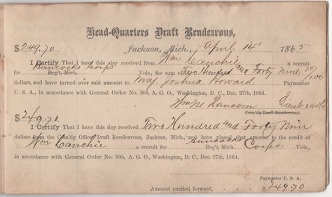 Wiiliam Cauchie’s account was opened on April 14, 1865 with a deposit made for the amount of $249.70. On this same date President Abraham Lincoln would be shot in Washington D.C.

This entry shows the acount balance being brought forward on April 18, 1865. 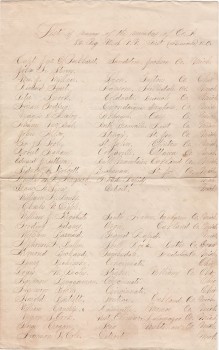 Roster of Co. A of the 8th Regiment of Hancock’s 1st Army Corp Veteran Volunteers (page one) 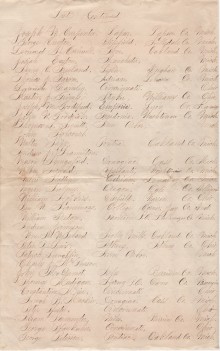 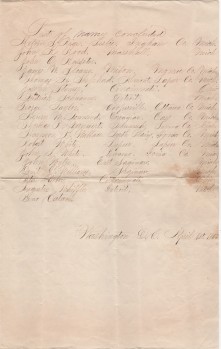 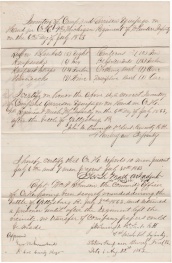 Lt. John Bancroft of Co. H filed this Equipment Inventory following the Battle of Gettysburg. It reveals only 10 men reporting for duty. Bancroft was left in command of Co. H after Capt. William F. Robinson was wounded and taken prisoner. 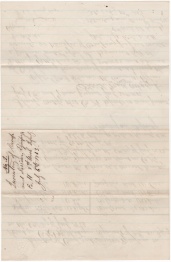 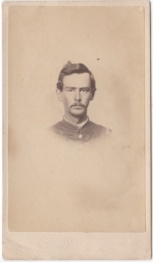 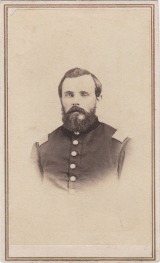 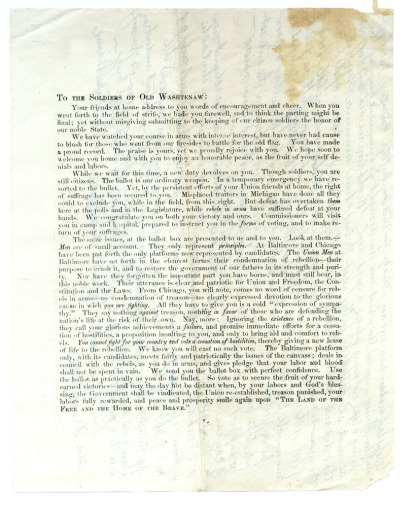 As some men returned home from the front after being discharged or furloughed, they often required transportation passes from the Military Commanders Office. This particular pass, signed but unissued, would have provided a soldier a ride on a stage coach to take him to this destination, at the government’s expense. Railroad passes were also issued for the same purpose in many cases. Both examples are fairly scarce with the stagecoach pass more likely the rarer of the two. 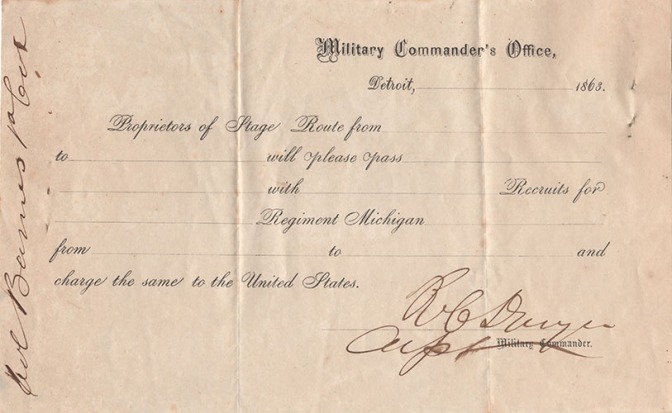