William Henry Melville was born on January 9, 1842 in Belville, New Jersey. At the age of 19 he enlisted as a Private in Company C of the Fourth Michigan Infantry on June 20, 1861. He served as a Corporal and later as Sergeant in the regiment before he was transferred to the Veterans Reserve Corps on March 17, 1864. William died on April 23, 1924 in Kansas at the age of 82. 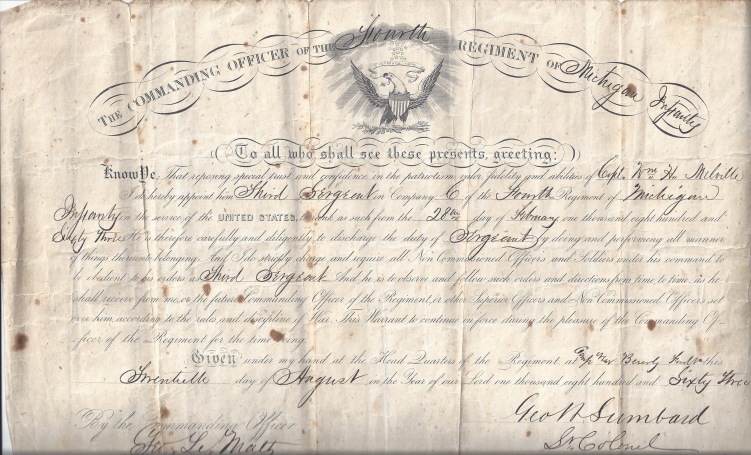